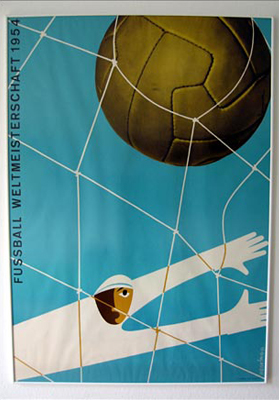 The 1954 World Cup saw the return of a divided Germany to the international fold, as the West Germans saw off Saarland and Norway in the qualifiers, while Argentina continued to boycott the competition. There were debuts for Scotland, South Korea and Turkey, though the latter two sides were given the unenviable task of ousting the Germans and Hungary in the groups. The format in 1954 was again convoluted as each group contained two seeded and two unseeded teams, with each side playing just two games. For the first and only time, extra-time was used during the group stages in a bid to separate teams, with matches only resulting in a draw after 120 minutes. Just in case you were wondering if FIFAs lack of common sense is a modern phenomenon.

Brazil came into the tournament among the favourites and looking to bounce back from the horror of 1950, and cruised through their group alongside Yugoslavia thanks to a 5-0 win over Mexico in their opening game. Holders Uruguay also emerged from the group unscathed, joined by Austria, and dished out a seven goal schooling to the Scots on their way. England topped their group after an incredible 4-4 draw with Belgium was followed up by a 2-0 victory over Switzerland, who also qualified, but most eyes were on Group 2 and, in particular, the favourites for the competition.

Hungary arrived in Switzerland as the team to watch, and had even earned themselves the moniker The   Mighty Magyars following an explosive start to the decade. Arriving at the 1952 Olympics unbeaten for two years, Hungary swept aside Yugoslavia in the final to earn gold, and the following year won the short-lived Central European Championship. In 1953, they became the first team to inflict home defeat on England with an emphatic 6-3 victory at Wembley, and ahead of the World Cup they arraged a rematch with Walter Winterbottom’s boys, this time running out 7-1 winners. It’s worth mentioning that England were considered a very good team at this point in time, so to hand out a pair of wallopings in the manner the Magyars did was spectacular. Justifiably, their group opponents were scared. Hungary opened up the competition against South Korea and took no time at all to introduce the debutants to the harsh realities of elite international competition. Ferenc Puskas and Sandor Kocsis helped themselves to five goals in a 9-0 victory, and followed it up with an 8-3 win over a weakened West Germany side. That game saw Puskas carried off injured, and Hungary’s talisman would miss the next two rounds before prematurely returning for the final. Gusztáv Sebes’ side carried on regardless, knocking both 1950 finalists out on their way to Berne, with Kocsis, Nandor Hidegkuti and Zoltan Czibor all among the goals in a pair of 4-2 wins. Even better for Hungary, they’d already hammered their final opponents during the group stage.

West Germany, yet to make an impression at a World Cup, started strongly against Turkey with a 4-1 win, but Sepp Herberger’s decision to field a weakened team against the favourites backfired spectacularly, and the Germans were left needing to win a playoff against Turkey to make the quarter-finals. In the event, they made even lighter work of the Turks the second time around. Having limped their way into the knockouts, Herberger’s side made short work of Yugoslavia in the quarters, before a 6-1 demolition job of Austria in the semis secured their place in the final. Heading into the tournament, the mood in West Germany had been pessimistic given the aftermath of the war and the division of the country. Herberger’s team weren’t seen as serious contenders for the title, and the defeat to Hungary was met with as much apathy as disappointment. The team itself was largely perspiration over inspiration, featuring many of the 1953 German Championship winning Kaiserslautern team. One member of the squad in particular was lucky to be there.

Fritz Walter had broken into the Kaiserslautern first team in 1937, and had marked his Germany debut against Romania in 1940 with a hat-trick. In 1941 he played a key role in Germany’s comeback against Hungary in Budapest, after a 3-1 half-time deficit had led to Herberger pleading with his players “Please don’t let this become a catastrophe.” Walter struck twice in the second half  to secure a 5-3 win, but his on-field development would be interrupted by the war, and a year later he was drafted in the armed forces. After the end of the war, Walter and 40,000 fellow Germans were captured by Russia and taken to a prisoner of war camp in Ukraine on their way to the gulags in Siberia. During his stay in Ukraine, Walter filled his time watching prisoners and guards playing football, eventually ingratiating himself enough to join in and play. At half-time in a match  between the prisoners and the camp guards, an on-looking Hungarian guard approached him and explained he had been present at the game between Hungary and Germany and had been impressed by his performance. A day later Walter’s name was removed from the list of prisoners due to continue on to the gulags, and he was eventually repatriated to Kaiserslautern, his memorable performance years earlier saving him from certain death.

Walter had scored three goals on the way to the final, including two penalties against Austria, but few gave West Germany a chance against the Mighty Magyars. With eight minutes gone, the final looked decided as a clearly far-from-fit Puskas and Czibor had shot Hungary into a two goal lead. Max Morlock halved the deficit in the tenth minute, thanks to good build up play from Walter and Helumt Rahn, and Rahn himself headed the equaliser from Walter’s corner eighteen minutes in. A pre-cursor to the tedious finals of modern day World Cups this was not. Hungary dominated the second half but were unable to beat Toni Turek, and Rahn completed an incredible comeback six minutes from time to put West Germany on the brink of their first World Cup title. There was still time for Puskas to have a goal ruled out for offside, but Hungary’s inability to kill the game when they had full control came back to haunt them, and Fritz Walter’s transformation from prisoner of war to World Cup winner was complete.

You can read more about Fritz Walter, The Miracle of Bern and Germany’s football history in Uli Hesse-Lichtenberger’s comprehensive ‘Tor! The Story of German Football’