After just 77 days in charge, Frank De Boer became this season’s winner of The Sack Race as his contract as Crystal Palace manager was terminated. The Dutchman presided over four Premier League defeats, conceding seven and scoring none – the club’s worst start to a season in 93 years. Despite this, there are corners of the football world that see the sacking of the former Netherlands captain as harsh and unjust. Bringing a different footballing philosophy into a club is never easy, and being given less than a month of competitive matches to instill a new style into a team – particularly after taking the reins from Sam Allardyce – was always going to be a big ask. Whether the Eagles are unable to change their feathers, or De Boer simply doesn’t have what it takes to succeed in Europe’s elite leagues, the question remains: is long-termism a thing of the past in the modern game?

“There were 37 managers on the shortlist. I talked to all the potential managers and said: we need an evolution over a period of time.” Steve Parish’s comments at the unveiling of Frank De Boer as Crystal Palace’s new manager back in June suggested the Selhurst Park surpremo was looking for a period of stability after seeing eight different managers pick the team in the past five seasons. De Boer came with pedigree, too. Despite a rocky 85 day spell at Inter Milan last season, De Boer slipped effortlessly into his first managerial role at boyhood club Ajax in 2010, first deputising for the deposed Martin Jol and then taking the reins on a permanent basis to bring four successive Eredivisie titles to Amsterdam. The move to Italy came at the eleventh hour – Roberto Mancini’s departure on the 8th August and the rushed recruitment of De Boer 24 hours later gave the Dutchman just two weeks to prepare his team for their opening game at Chievo. Having used the 4-3-3 he was familiar with in pre-season with Inter, he second guessed himself and switched to a three man defence in that opening game. Inter lost 2-0, and the tone was set. 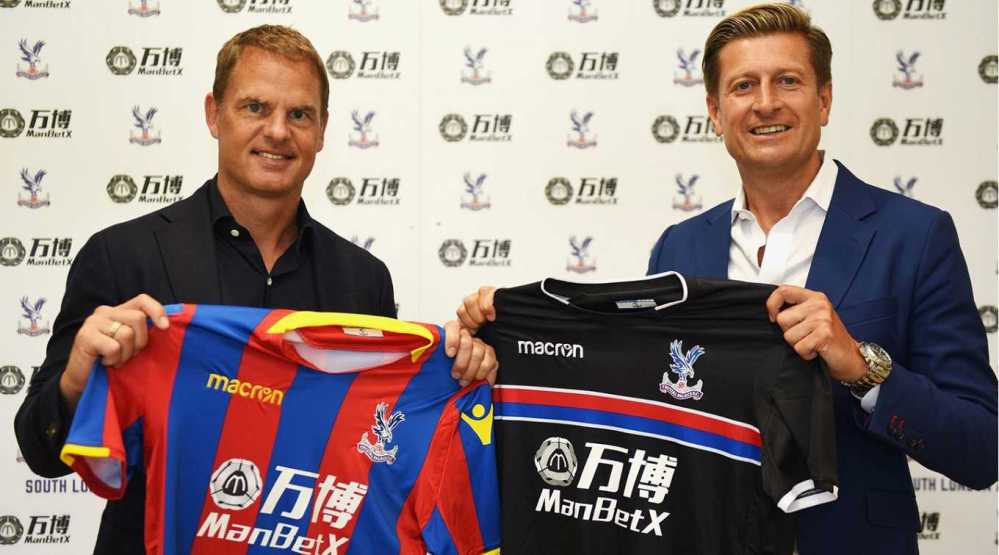 Even so, the appointment of De Boer at Palace was met with murmurs of pleasant surprise. Having been a hotbed for underachieving and overrated British managers for the previous few seasons (Tony Pulis – Career Win Percentage 36.03; Neil Warnock – 40.3; Alan Pardew – 42.1; Sam Allardyce – 39.0), the assumption was that Parish would pluck a familiar name from the managerial merry-go-round. Alan Curbishley is seemingly still linked to every vacant manager’s job in the bottom half of the Premier League, despite having not worked for nearly a decade – career win percentage of 38.2, in case you were wondering. Sean Dyche was in fact approached for the job, and was quick to rebuff Parish’s offer. For all the grief we have and will continue to give him on here, Dyche has done a very good job with a very average team, and would be mad to leave a club where the weight of expectation is non-existent.

De Boer’s dealings in the transfer market looked promising. The permanent signing of last season’s star man Mamadou Sakho to play alongside the exciting Dutch prospect Jairo Riedewald brought steel and style to the Eagles backline, while the loan signings of Tim Fosu-Mensah and Ruben Loftus-Cheek displayed an eagerness to inject youth into the Palace team. In these times of money losing all meaning, a net spend of around £30m is peanuts for a mid-table Premier League side, and the opportunity for De Boer to strengthen in January once his team had an identity was certainly on the table. Unfortunately the best laid plans of mice and men gan vaak scheef. It became apparent that the Total Football drilled into Palace’s players hadn’t quite stuck, and by the time newly promoted Huddersfield Town were 3-0 up, Scott Dann and James Tomkins had resorted to pumping the ball up to Christian Benteke.

The remarkable thing about Palace’s four defeats was that, in three of them, they were the dominant side.  A 1-0 reverse at Anfield is no disgrace and on any other day they would have returned from Lancashire on Sunday with at least a point. Sadly, it wasn’t to be, but regardless of the apparent pressure Palace’s poor start had put De Boer under, few expected him to be given his P45 so soon into the season. 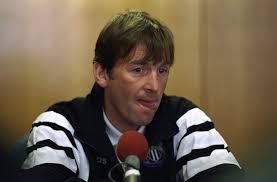 In the Premier League’s history, only one manager has lasted fewer than four games into a season before being sacked. Kenny Dalglish’s spell as Newcastle United manager had seen some joyful moments – finishing second in ’97, a 3-2 win over Barcelona, and reaching the 1998 FA Cup Final – but these had played out against the background of an exciting team being dismantled – Les Ferdinand, David Ginola and Peter Beardsley were all sold in Dalglish’s first summer – and The Entertainers becoming The Pragmatic Defenders. A draw on the opening day of the 98/99 season against the ten men of newly promoted Charlton Athletic saw Kenny’s writing on the wall, and a week later he was gone.

Other managers to have been sacked in the opening month include Peter Reid at Manchester City, who had taken the role of player-coach early in the 90/91 season and had overseen two fairly mediocre seasons before being replaced by Brian Horton in August ’93, while back at Newcastle Sir Bobby Robson was asked to vacate his desk ahead of the August Bank Holiday in 2004, having only finished fifth the previous season. Since his sacking, Newcastle’s highest league finish was fifth in 2012. 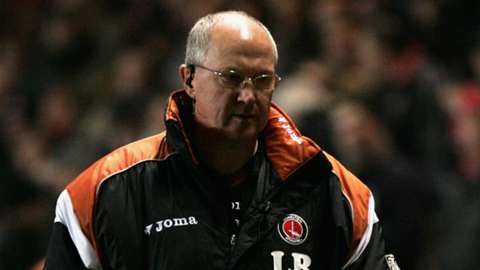 The difference in these cases, of course, is that Dalglish, Reid and Robson had all been given time, and the suggestion was that their tactics had gone stale and a new set of ideas was needed to breathe life into their respective clubs. The 77 days De Boer was afforded at Selhurst Park was never nearly enough time to implement his style of play, however it isn’t the shortest reign in Premier League history, as Les Reed will attest to. The now Director of Football at Southampton took over from Iain Dowie at The Valley in 2006, with Charlton rooted to the bottom of the table. Seven games, five defeats, and 40 days later Reed was sacked on Christmas Eve. Unsurprisingly, Charlton were relegated.

After Arsene Wenger, Eddie Howe is the Premier League’s current longest serving manger, and will celebrate his fifth year in the Bournemouth hot-seat in October. Of the twenty Premier League clubs, fifteen of them have changed manager in the past two years. Two of them – Leicester City and Chelsea – sacked their managers less than a year after winning the league. In a study in 2015, the League Managers Association discovered that the average tenure of a Premier League manager is 1.8 years, though even that figure seems generous by today’s standards. 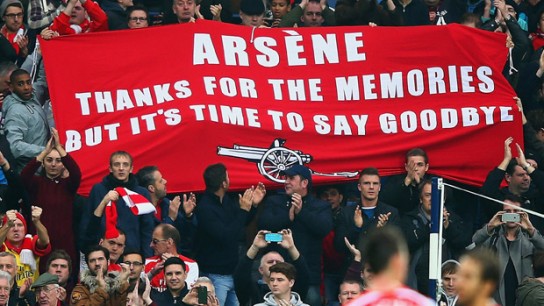 Speaking of Arsene Wenger, there could be an argument that the changing attitudes to a manager’s longevity, and the seeming transience of the role in modern football has played a big part in the mutiny the Frenchman has faced in the Emirates’ stands for the past few years. This season marks Wenger’s 21st in the Arsenal dugout, and despite winning ten major trophies in that time, including three of the last four FA Cups, the consensus amongst Arsenal fans is that its time for him to go. And why not? When looking at the treatment of other successful managers, its unsurprising that Arsenal fans have run out of patience with a manager that has just finished outside the top four for the first time in his reign. Brendan Rodgers was relieved of his managerial duties at Anfield months after guiding Liverpool to within a slip of their first League title in two decades. Mourinho has twice been disposed after successful spells with Chelsea, and Carlo Ancelotti suffered a similar fate despite winning the double during his time at Stamford Bridge.

The long and short of it is that losing football matches has become an expensive business. The revenue a club misses out on due to relegation is astronomical, while every league position counts – Leicester earned £17m for their 12th finish place last season, missing out on the £20m extra they received the season before for winning the competition. Football owners must now think with their wallets before they think with their heart, and whilst there’s no doubt Steve Paris would like to see his team playing attractive, attacking football, he’d much rather see them winning games. For as long as money dominates the sport there can be no such thing as ‘too soon’ when it comes to sacking a manager, only too late.

Frank De Boer is clearly a talented coach, and while his ego has taken a bashing from a second successive sacking, he will bounce back and prove himself as just that. Whether that’s in one of Europe’s elite leagues, back home in the Eredivisie, or perhaps even as part of the Netherlands set up, his ability will shine through.

Crystal Palace, meanwhile, have opted to go back to basics and employ Roy Hodgson. Career Win Percentage of 46.1 – well at least they’re getting better.