Skip to content
Posted on January 28, 2020 by That's Liquid Football

The second-leg of the Carabao™ Cup semi-finals take place this week, as the world waits with baited breath to find out who’ll have the honour to be beaten handsomely by Manchester City in the first showpiece final of the 2019/20 season. Despite the endless protestations that the League Cup is a dead competition that no-one cares about, the fact remains that only two sides outside of England’s newly established ‘Big Six’ have lifted the trophy in the last decade, with the oil-rich Cityzens looking to win their fourth in five years this season.

But while supporters of top-flight teams bemoan a few extra games in the fixture list, England’s second biggest cup competition still offers the opportunity for lower league clubs to test their mettle against the country’s best. Some of the biggest Cupsets™  of recent years have arrived in the League Cup, like Bradford City’s relentless march to the 2013 final via victories over Arsenal and Aston Villa, MK Dons’ 4-0 shellacking of Louis van Gaal’s Manchester United in 2014, or Tottenham Hotspur winning a trophy in 2008.

Whatever competition it may be in, a David v Goliath match-up is always something to savour, which is exactly how this week’s guest felt ahead of the Carling Cup Quarter-Final in 2005. Below The Top League provide updates on results, transfers and gossip from the second and third tiers of European Football via their Twitter feed for all proper football nerds. When they’re not checking in on the recruitment plans of Go Ahead Eagles, they’re following the fortunes of Doncaster Rovers in sunny south Yorkshire. Back in 2005, following a miraculous turnaround of fortunes, Rovers found themselves two steps from Wembley, hosting an Arsenal side that had narrowly missed out on lifting the Champions League only months earlier. Here’s how it unfolded: 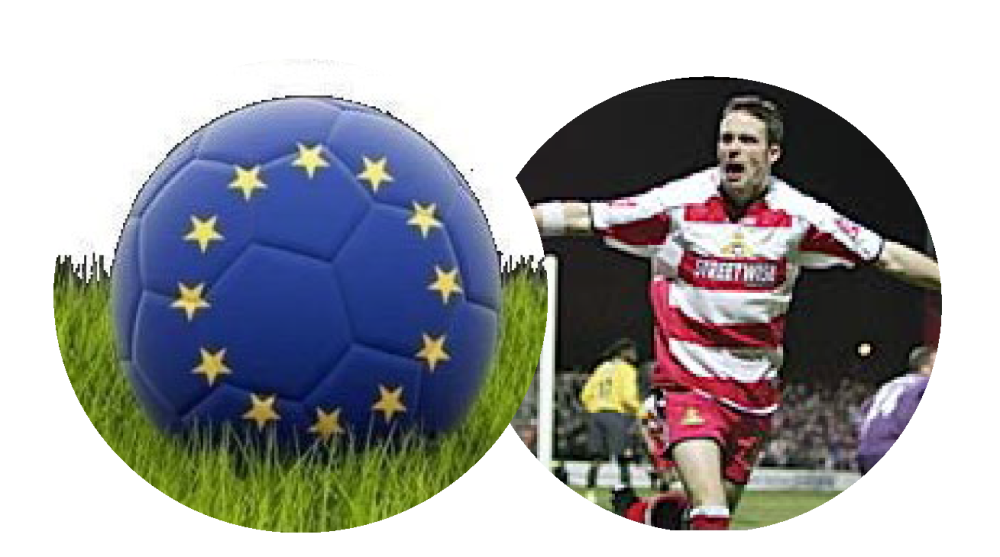 A dark, cold December evening at the dilapidated Belle Vue Stadium in Doncaster was the setting for the only Quarter Final of the 2005-2006 Carling Cup that involved a non Premier League team. Doncaster Rovers had, by their own standards, enjoyed a recent renaissance since their relegation into non-league in 1998 and a five year absence from league football. Under the leadership of Dave Penney & Mickey Walker, Rovers gained a place back in the football league and a promotion to League One at the first time of asking, and were riding high in the table and playing a brand of football that fans could only previously had dreamed of.

Arsene Wenger was typically courteous & complimentary when he spoke of Doncaster Rovers in the build up to the game, and why wouldn’t he be? Rovers had already won at Wrexham before knocking out a (pre-oil-rich) Manchester City side on penalties in a game which threw up a new hero. Summer signing Jan Budtz had arrived from FC Nordsjælland, and came on for his debut in goal in place of Andy Warrington, and made himself a hero in the shootout. In the following round Doncaster saw off the challenge of fellow League One side Gillingham before comfortably dispatching another Premier League side in the shape of Aston Villa, the mercurial Sean Thornton scoring the best of the goals in a 3-0 win in the fourth round.

Matchday arrived amid a buzz of anticipation that the town hadn’t seen for a long time, with Sky TV once more perched in a shed on top of a heaving Kop. The Doncaster side were made up of free transfers & journeymen and a few remaining from the spell in the Conferencee several years before. Arsenal lined up with a strong backbone of Manuel Almunia, Phillipe Senderos, Gilberto Silva, Alexander Hleb and Robin van Persie, alongside some highly promising young blood entrusted by Wenger to hold their nerve in front of a raucous crowd of over 10,000 tightly packed on the crumbling terraces.

A frantic start to the game saw Rovers take the challenge straight to their illustrious visitors, and that paid off early as the League One side took a fourth minute lead when Michael McIndoe fired home from a tight angle. McIndoe, later to become famous for the wrong reasons, had ripped up League One and Two defences for fun since joining from Yeovil, and Rovers fans dreamed he may do that on the hallowed turf of Wembley in the Red & White hoops. But surely Rovers had scored too early and the beast would wake up?

Just after the half hour Arsenal’s star man Robin van Persie left the action following a crunching tackle from Stephen Roberts. “That’s a mans challenge!” shouted one fan to the Dutch striker as he headed down the tunnel, possibly wondering what he was doing in this Yorkshire backwater four days before Christmas. Van Persie’s replacement, a certain Nicholas Bendtner, came on, but Rovers made it to the break without much trouble.

Half-time seemed to boost Rovers, and once more took they game to Arsenal. Thornton had a good opportunity saved before Almunia produced a great double stop to deny Heffernan & Lewis Guy. That seemed to spark the visitors to life, and they were back on level terms midway through the half thanks to young forward Quincy Owusu-Abeyie’s deflected shot which went in off the unfortunate Thornton. Arsenal were in the ascendancy, and pressed for a winner but plucky Donny held on for extra time where surely experience would see the Gunners through.

The majority of extra time was blur. It was cold, and it seemed our chance had gone. That was until Swiss international Senderos made a hash of a McIndoe cross & Paul Green, a scorer in the Conference play off final with Dagenham & Redbridge prodded the ball home leaving just over 15 minutes to hang on.

Rovers did hang on, a little more comfortably than any of the ten-thousand freezing souls expected, right up until injury time in the second period of extra time, when the tireless Paul Heffernan held up the ball by the corner flag fully expecting to hear the whistle (in hindsight, flicking it up & volleying it into the Asda car park may well have been a better option). The whistle wasn’t forthcoming, but a couple of Arsenal players were and in the blink of an eye Gilberto Silva had silenced a stunned Belle Vue by netting the equaliser and taking the game to penalties. The Doncaster players were laid out on the pitch, they were spent, they had given everything, and almost completed an unprecedented treble of scalps.

Looking at the Rovers players on the pitch as opposed to their more illustrious counterparts, there was perhaps no need to take the penalties. The outcome was there for everyone to see. That proved to be the case as Arsenal progressed to the semi-finals with a 3-1 shootout win as a tired Rovers side missed three of their kicks. An element of pride was evident as the fans streamed out lamenting what might have been.

Thanks to the folks at Below The Top League for their look back on Doncaster Rovers’ flirtation with the League Cup semi-finals back in 2005. If you’re interested in football outside of Europe’s premier divisions, give them a follow on Twitter.