Skip to content
Posted on September 7, 2017 by That's Liquid Football

The inaugural Premier League season saw Manchester United end their 25 year wait for a top-flight league championship, but one of the biggest surprises of the season was Norwich City. The Canaries finished in 3rd place, albeit with a negative goal difference, after some breathtaking victories against Arsenal, Aston Villa, Leeds and Liverpool. A 7-1 defeat against Blackburn at Ewood Park, as well as a 5-1 reverse at Tottenham pointed to Norwich’s weakness in defence, but a young, dynamic squad and a knack in the transfer market gained well-earned admiration from fans and pundits alike. The spearhead of the Norfolk side’s success was manager Mike Walker. Walker had joined Norwich as a youth team coach in 1987, having enjoyed a brief but respectable spell at Colchester United. In 1992 he replaced club legend Dave Stringer in the dugout, and promptly led Norwich to their best ever league finish. 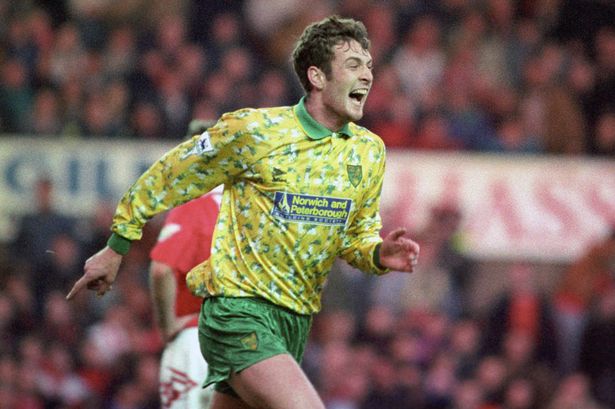 The third place finish not only gave Norwich a platform to build on for the 93/94 season, but also gained them qualification to the UEFA Cup, their first European campaign – they had qualified for the UEFA Cup in 85/86 courtesy of their League Cup victory over Sunderland, however the post-Heysel ban for English clubs in Europe had been brought in ahead of that season. Defensive reinforcements had been recruited ahead of the season, with Neil Adams arriving from Oldham Athletic, and Spencer Prior brought in from Southend. There had been rumblings of discontent from Walker surrounding Norwich chairman Robert Chase’s habit of selling off the club’s valuable assets – Robert Fleck, Tim Sherwood, Dale Gordon, and Andy Townsend had departed Carrow Road in the previous few seasons - but there were no major departures ahead of the start of the season.

Despite losing their opening fixture at home to champions Manchester United, Norwich found themselves in the familiar position of third after four games, with headline making wins at Blackburn (3-2) and Leeds (4-0) preceding a 1-0 victory over Ipswich Town in the first Old Farm derby of the season. A run of only four defeats from seventeen heading into the New Year saw Norwich sitting comfortably in the top 6, ahead of Liverpool and Aston Villa. Amidst this run, City had knocked German Squids Bayern Munich out of the UEFA Cup second round stage, with future Kings Lynn legend Jeremy Goss scoring in both legs to secure a 3-2 aggregate victory. Sadly the European adventure ended in the following round with defeat to Internazionale who boasted Dutch prospect Dennis Bergkamp in their frontline. In the Premier League, a 5-1 win at Goodison Park against Everton in September had cemented Norwich City as one of the most exciting attacking sides in the league, with new signing Efan Ekoku hitting four and fellow striking talent Chris Sutton completing the rout.

Everton themselves seemed stuck in a rut, having spent much of the previous decade challenging Liverpool and Arsenal at the top of the old Division One under the stewardship of Howard Kendall. Kendall’s departure in 1987 to Athletic Bilbao, due to his frustration at the lack of European football for English clubs, led to the promotion of Colin Harvey from his position of youth coach. Three seasons of finishing in the top half of the table weren’t deemed satisfactory, and Kendall returned ahead in November 1990. By then the rot had already set in, however, and the first season of the Premier League saw Everton finishing 13th – their lowest league finish in over a decade.

A mixed start to the 93/94 season saw Everton pick up 7 wins from their first 18 fixtures but after the last of these, a 1-0 victory at home to Southampton, Howard Kendall sensationally quit. The aging squad at his disposal deemed not good enough to compete by Kendall, who had been long frustrated at the lack of ambition shown by the clubs owners, along with their reluctance to spend in the transfer market and improve the squad. After seven matches under caretaker Jimmy Gabriel had only produced one point, a full-time replacement was sought. And Everton looked no further than Mike Walker. Norwich were quick to claim that an illegal approach for Walker had been made by Everton, while Walker himself claimed that his ambitions could not be matched at Carrow Road, and so he had resigned and then applied for the vacancy at Goodison. Many pundits suggested that Walker had become “too big for his boots”. Ironically Walker’s decision to walk led to star player Ruel Fox leaving the club shortly after, moving to Premier League new boys Newcastle United – Norwich’s reputation as a selling club now well established.

John Deehan stepped in as caretaker, but Norwich’s early season momentum had evaporated and just two wins in the remainder of the season left them in 12th position. Deehan took control for the majority of the following season but, having sold more of their assets including 93/94 top scorer Chris Sutton, Norwich were relegated.

Mike Walker’s first Premier League game in charge of Everton saw whipping boys Swindon Town put to the sword, as a Tony Cottee hat-trick helped Everton to a 6-2 victory. A narrow defeat to Manchester United aside, the next five games saw green shoots of recovery appearing on Merseyside with two wins and two draws as the Toffees climbed up to 14th, nine points clear of the bottom three. This, however, proved to be a false dawn, and seven defeats in their following ten games (including a 3-0 defeat to Norwich City at Carrow Road) left them in the relegation zone on the final day of the season, knowing that a win at home against 6th placed Wimbledon would be their best chance of Premier League survival. By the 20th minute Everton were 2-0 down, a penalty from Dean Holdsworth and Gary Ablett’s own goal looking to have condemned the Toffees to only the second relegation in their history. Graham Stuart’s penalty in the 24th minute gave the home side hope, and when Barry Horne blasted home the equaliser from thirty yards halfway through the second half, the great escape was on. Stuart sealed the win in the final 10 minutes, saving Everton’s blushes and condemning Sheffield United to relegation.

Mike Walker had survived by the skin of his teeth, but a dismal start to the following season, winning only one of Everton’s first 13 fixtures saw him dismissed after, you guessed it, a goalless draw at Carrow Road. Former Toffee Joe Royle took charge and steered Everton away from the relegation zone, winning the 1995 FA Cup for good measure. Walker took a break from football, returning in 1996 to take the manager’s job at…Norwich City, presumably slipping back into the role like a, well, a perfectly fitted boot.

Manchester United ran away with the Premier League title in the 93/94 season, with only a nominal challenge from the nouveau riche Blackburn Rovers hindering them at all. New boys Newcastle United, under the stewardship of Kevin Keegan, finished third thanks in the main to the goals of Andy Cole and Peter Beardsley, while Swindon Town, Oldham Athletic, and Sheffield United all dropped down to Division One. 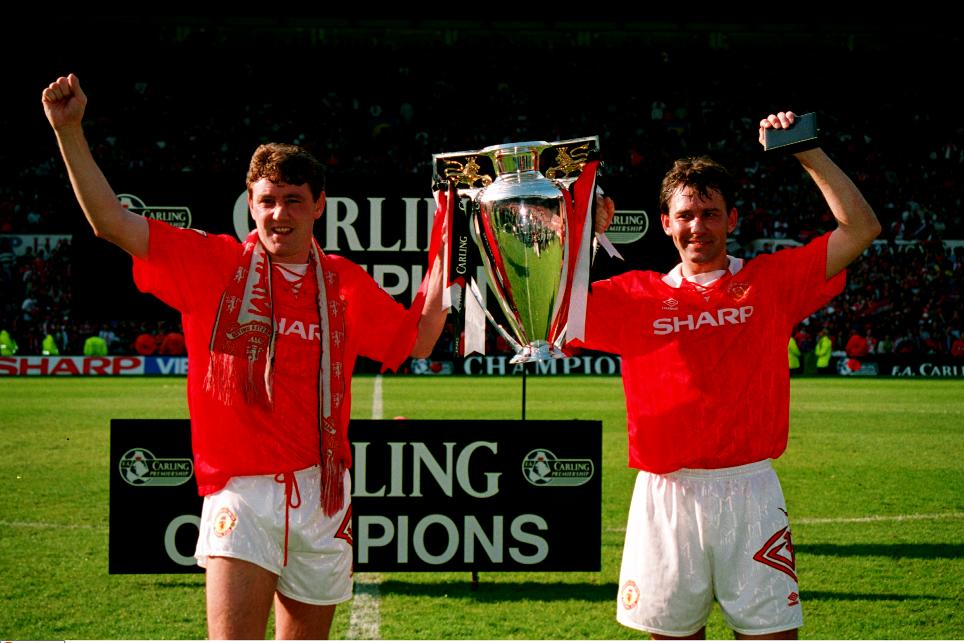 So the 1993/94 season didn’t teach us much, besides the fact that Manchester United were set to dominate the Premier League for the foreseeable future and, more often than not, the grass isn’t always greener (and yellower) on the other side.